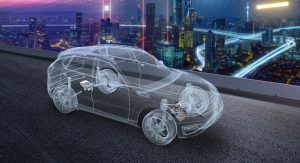 As anticipated Korean tech giant LG has decided to throw in the towel on smartphones, having failed to find a way to make a profit out of them.

The decision was formally announced after board meeting but had presumably been on the cards for a while. The only company that makes decent profits out of smartphones is Apple, because its margins are much greater than any Android vendor. In fact, it could be argued that the only company that profits from Android phones is Google.

This makes sense. LG is involved in all sorts of product areas and seems to have decided to make itself more of a component player when it comes to connected devices. It successfully repurposed WebOS to become a smart TV platform and will seek to utilise its considerable experience in mobile to augment other smart, connected devices.

Moving forward, LG will continue to leverage its mobile expertise and develop mobility-related technologies such as 6G to help further strengthen competitiveness in other business areas,” said LG. “Core technologies developed during the two decades of LG’s mobile business operations will also be retained and applied to existing and future products.”

LG’s departure Just leaves Samsung, a bunch of Chinese vendors and Google itself as significant Android smartphone vendors. It said it will continue to support existing mobile customer ‘for a period of time’, but that’s unlikely to offer much assurance to anyone thinking of buying an LG phone on the cheap. A quick review of UK MNO sites reveals mainly Apple, Samsung and Oppo smartphones, although Sony is still hanging in there, bless ‘em.