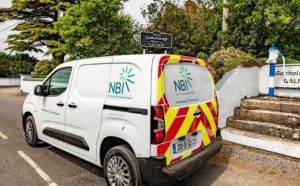 Consumers subscribing to a bundle of telecoms services are significantly less likely to churn than those with a standalone broadband service, according to a new study from Ireland’s Comreg,

But the results also contain note of caution for operators: customers switching from one bundle to another are looking for a deal on price.

We have long known that customer subscribing to multiple services from a single provider are stickier, because moving all those services to a new supplier requires a fair amount of effort. In a survey conducted by the Irish regulator recently, just 20% of customers with bundles who are either out of contract or have a contract due to expire within 12 months said they were very likely or quite likely to move to another provider.

By comparison, 30% of standalone broadband customers in the same position indicated a likelihood of switching.

But while signing up customers to bundled services can seem like the holy grail to telecoms operators, it is worth noting that there is still some price sensitivity amongst these customers.

37% of those currently signed up to service bundles had had a bundled service previously with a different supplier. Of those, just over a quarter had added a service to their bundle when they moved – a TV service being by far the most popular choice – and more than three quarters said their package price had either remained the same or declined as a result of the switch; 45% reported a lower bill.

With only 19% paying more for their current bundle than their previous one, operators would probably do well to keep an eye on their ARPUs.

However, it is worth noting that although Comreg surveyed a broad demographic across the whole of Ireland, its sample size was just 1,480 people, meaning that for certain questions its base number was pretty small.

There were no great surprises in the rest of the regulator’s survey, which looked at ownership of and satisfaction with telecoms, broadband and TV services.

Satisfaction in Ireland is reasonably high, with only single-digital percentages of respondents expressing dissatisfaction with billing, contracts, prices, reliability and overall customer experience. The usual suspects of customer service and the speeds people actually receive from their service attracted a higher degree of dissatisfaction at 10% each.